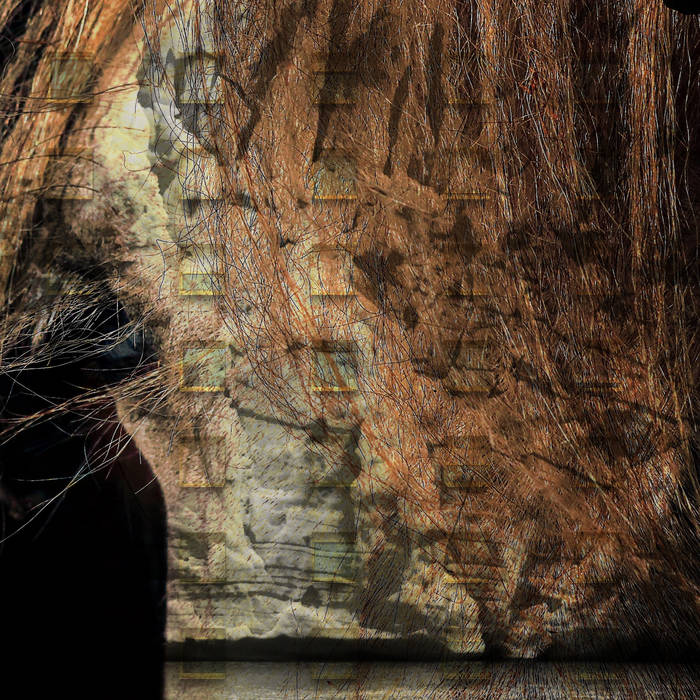 In January 2017, Brooklyn-based Benjamin Levitt, aka, MEGALOPHOBE, traveled north to record source material for upcoming GRIDFAILURE recordings with that project’s founder, David Brenner. However, the session quickly became an ambient, improv jam in the dim bunker. As Levitt’s effects-laced accordion howled its sorrowful, sometimes scathing tones, Brenner fed random loops and elements of keys, synth, guitar, didgeridoo, pedal effects, and more into the mix. After several hours of pseudoscience, within this bizarre mesh of tones, there remained a solid foundation for what became Dendritic.

Following the initial session, vocals, additional instrumentation, and nature/field recordings from several continents were infused into the mix, as well as contributions from several special guest musicians. Trumpet was provided to the track “A Corpse At Every Funeral,” courtesy of Mac Gollehon, who has played on over two-hundred gold and platinum albums, including records by David Bowie, Miles Davis, Blondie, Onyx, Duran Duran, Madonna, The Rolling Stones, and countless others. Guitar contributions were supplied by Liz Ciavarella-Brenner on “Phantom Climate,” Rob Levitt on “Divergence on a Finite Domain,” and Christian Molenaar (Those Darn Gnomes) on “Niche Differentiation,” and field recordings from Jon Paris (Rack) were infused into “Coils Of Rope Still Sway From The Timbers.” A revision of GRIDFAIURE’s “Hostile Alchemist” – to which Levitt also contributed during these sessions -- is delivered in, “Die Feindlichen Alchemisten mit Glocken,” which features guest vocals by Friederike Schüür and Leila Abdul-Rauf (Vastum, Ionophore, Cardinal Wyrm). Dendritic is completed with and immersive, abstract artwork/layout by Emily Vanderpol of Infinity Things Studios.